IR35 Delay – What does this mean for you? 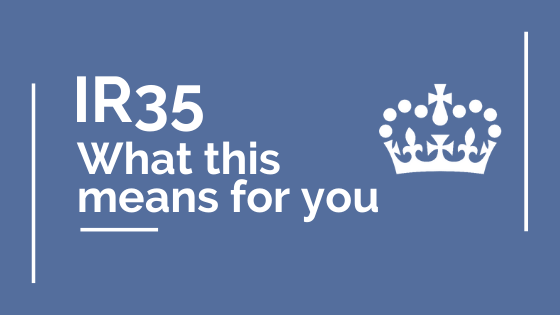 As you will be aware, on the 17th March, the UK Government announced a delay to the much debated IR35 reforms that were due to come into force in April this year. IR35 has been a hot topic in Parliament for the past 12 months with much resistance coming from across the business landscape. The emergence of Covid-19 has led to this often-confusing reform being delayed until 2021. This was a sensible decision in light of the current pandemic and will inevitably coincide with a downturn in available work across so many industries.

However, it would seem this delay may have come too late for some PSC’s in the UK. It is being reported that many larger organisations, in anticipation of the IR35 reforms, have already actioned their plans to stay within the new legislation. This has led to some of the traditionally larger businesses that used contractors historically, significantly reducing their dependence on such workers and some have completely removed this source of labour from their business entirely.

Many PSC’s, contractors and businesses are seeing the delay as a final chance to enjoy the benefits of these arrangements for a little while longer. In a time when cash flow is more challenging than ever for the majority of UK businesses, these contracts can be seen as a far lower cost alternative which they will leverage as much as they can before the window finally slams shut.

We have also heard of many businesses that have simply ignored the proposed reforms and it is ironic that these businesses will actually see the least amount of disruption as “business as usual” continues for the next 12 months.

However, it is very important to stress that this is merely a “delay” and the Government has given no indication that it is looking to make any changes to these controversial reforms. Businesses and contractors alike must use this extension to plan further for the changes in April 2021. This is good news for organisations that have already begun to make changes and provisions for the reforms as it means the work completed is not wasted.

It is clear that companies must undertake the following preparations during a time where demand may begin to slow down:

Contractors will also have to consider their options whilst possibly enjoying more work during the delay. Contractors need to consider their tax status after the reforms and keep working on their plans to remain compliant after IR35 becomes active. Those that are operating as if IR35 is already live should discuss how the delay impacts their arrangements with clients they work with.